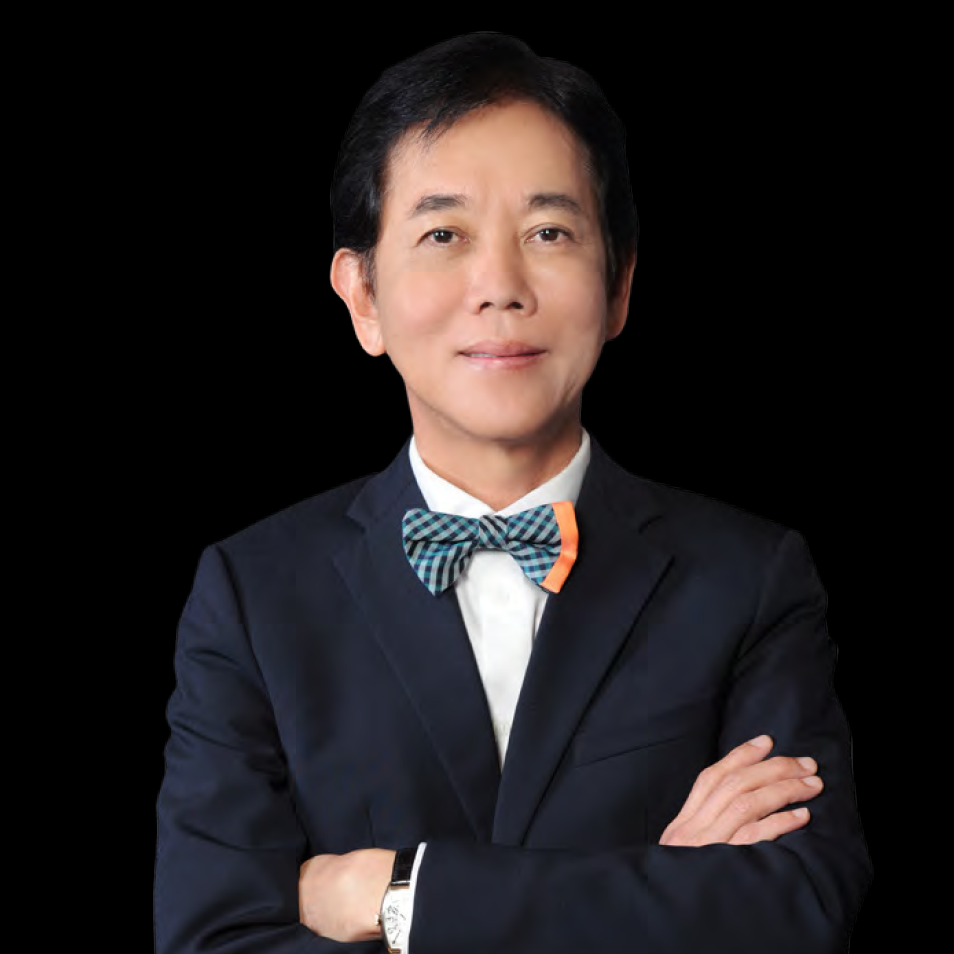 “I didn’t plan on entering the food and beverage (F&B) industry. I wanted to be an artist because I loved painting,” shares George Quek, Chairman of BreadTalk Group, whose story is a classic rags-to-riches tale.

After five years of military service, Quek left for Taipei to pursue his dream of being an artist. But as soon as he arrived, it dawned on him that he would not be able to complete the intended studies with the S$2,000 he was given. “My father had trusted that I’d make good of his entire savings, so that was the main reason which kept me from packing up and returning home.” For Quek, the choice was obvious, “I had to work.”

Quek had previously learnt the art of making dragon beard candy. He observed that it was then a Taiwanese novelty. Together with his wife, Katherine, they started a stall marketing the handmade dragon beard candy as a personal favourite of Emperor Qianlong. His business eventually took off with more than ten outlets across the Taiwanese capital.

Spurred by his success, friend-mentor and department store manager, Chen Kuo Hua egged him on to sell Singaporean local delights. Quek launched a local food stall, Singa, which eventually grew into a successful chain. This was the start of Quek’s foray into the F&B industry which he continued to expand on. His ventures spread across the region, from Shanghai to Singapore, with a variety of concepts from ice cream parlours to food courts.

Subsequently, feeling homesick and compelled by the need to care for the couple’s ageing parents, Quek and his wife returned to Singapore. Back home, he observed that in contrast with much of Asia, Singapore’s bakery scene remained dominated by heartland shops with cramped spaces and uninspiring offerings. “I saw the potential and knew from my gut that I could do things differently.”

Inspired by the “designer bread boutiques” of North Asia, he opened BreadTalk’s first outlet at Bugis Junction, and almost immediately, transformed the mundane into the extraordinary. The bright, luxurious and spacious concept flushed with quirky and innovation bread creations drew customers like bees to honey.

Today, BreadTalk Group spans multiple brands, including Food Republic, Din Tai Fung and Toast Box under its umbrella, with a reach of 1,000 stores across 17 territories.

Inspired by the upmarket concept of designer bread boutiques that originated from Japan, Quek and his wife set out to model their first bakery. They knew that every detail from product to store design, uniforms and even right down to the sights and smell of the bakery would make a difference to its success.

To demonstrate freshness, specially trained staff had to bake in full view of the customers. With a high cost model, there were concerns about business sustainability from day one. As Quek recalls, “To recover our costs, we estimated that we needed to make S$2,500 a day at our first outlet in Bugis Junction.”

Within 3 years, BreadTalk became one of the largest bakery chains in Singapore. For Quek, expansion beyond Singapore’s shores was a natural step for the brand. That year, BreadTalk opened its first outlets in Jakarta and Shanghai.

But Quek discovered that he could not take Shanghai’s success as a benchmark or model for the rest of China. “You cannot just take what you did successfully in Shanghai, and apply it elsewhere in China,” Quek cautions. He realised that within the same country, the market dynamics, consumer tastes and preferences, as well as lifestyles varied from region to region. This means that every Chinese city should be viewed as a new market.

BreadTalk’s name was inspired by how bread comes to life. Quek explains, “Throughout the baking process, we observed the bread changing its form at each stage. We felt like we were breathing life into each bread, unravelling its story and sharing it with our customers.” The concept evolved naturally, and after a brainstorm, birthed into the name, BreadTalk.

Right from the start, BreadTalk’s innovative approach to retailing has appealed to its customers and kept it ahead of its competitors. The brand churns out breads and cakes, complete with storyboards and cute names like Bon Voyage, Pot of Gold, Crouching Tiger Hidden Bacon, Smart Aleck and Cures of the Golden Flower. Operating in markets where copycats dominate, BreadTalk is a trend-setter.

“If you go to China you’ll see a lot of first generation ‘BreadTalk’. What we do, people follow,” says Quek. “They can copy your first or second generation outlets, but not the newest generation. Every three to four years, we come up with a new concept. So BreadTalk keeps innovating, learning, trying and creating.”

Since its first outlet in 2000, the BreadTalk Group has rapidly scaled its operations and stamped its presence with 1,000 stores across 17 territories. In 2003, BreadTalk Group was successfully listed on the Singapore Stock Exchange.

Despite the comfortable position that BreadTalk enjoys as one of Asia’s largest bakeries, it’s not afraid of change. “We constantly review our products, and no product is safe.” “Some 70 percent of our product line-up has been phased out, and we constantly innovate our culinary approach to bring a wider variety of ingredients and techniques to our customers.”

As a brand that thrives on creativity, it is teamwork – not individualism – that propels the dynamically driven company. “We have a lot of ideas, but how do we turn these ideas into reality? It’s important for the team to work together, to be aligned in terms of values and direction. Then, we can truly face the future,” Quek adds.

“Many brands are famous for 10 years, and then they disappear,” Quek says, echoing sentiments shared by many F&B players. “To avoid that, we need to keep learning and feeling the pulse of the market…and I’m ready to make very drastic changes, if necessary.”